EMODnet Seabed Substrate data products comprise of multiple datasets at different scales and sedimentation rates compiled in subsequent EMODnet Geology projects running since 2009. In the projects, diverse, national datasets are harmonised into a shared schema which includes not only information on seabed substrate, but also background and confidence level of the data.

Download links and information about the individual data products can be found below.

The harmonised schema has been enhanced on the way and some of the attributes have not therefore been gathered in the first place and are missing from the older datasets at 1: 1 000 000 and 1: 250 000 scales. The data coverage varies between scales and in time it has been collated.

The sedimentation rates data focuses on the present-day information, which means accumulation to the seabed over the past decades since AD 1900 or so. Estimations of modern sedimentation rates (centimeters/year) can be based e.g. on established historical records of anthropogenic radionuclides (e.g. 137Cs and 241Am), lead (Pb) and stable lead isotope (206/207Pb ratios) as well as on data based on annually laminated sediments. 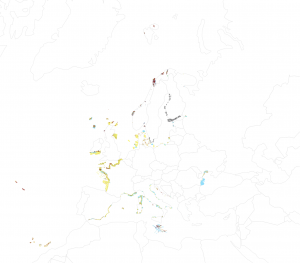 Note: The data may include some errors e.g. overlays, topological gaps and data discontinuities. The data coverage depends on the scale. 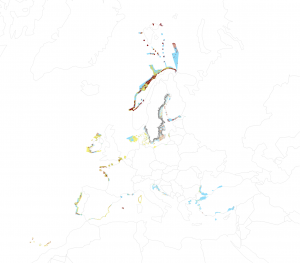 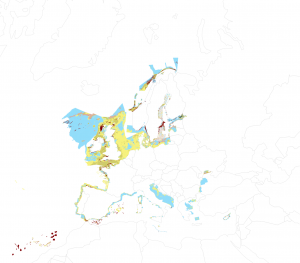 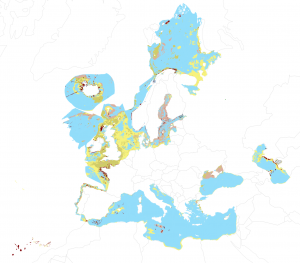 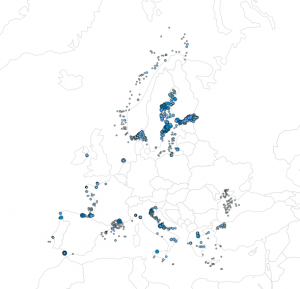 The map illustrates sediment accumulation rates information for recent sediments as point-source information. Data is collated and harmonised from information provided by project partners from their national waters, including EEZ.